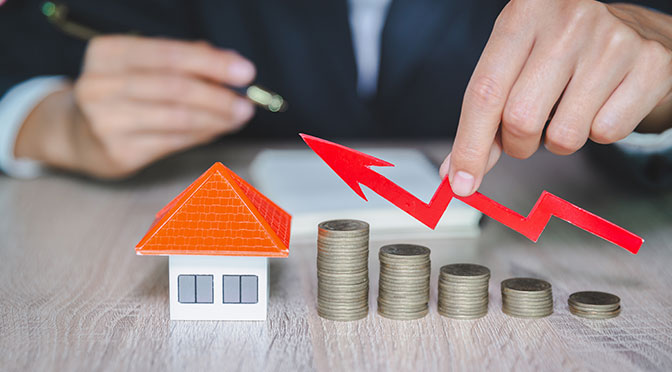 According to some brokers, the prospect of rising interest rates are causing many nervous buyers to rush into more expensive fixed loans without them fully considering whether they will end up with higher costs and switching fees.

As big banks such as Westpac, ANZ and Citi continue to increase their rates, the rush to lock in fixed rates persists. During the past year, they have added more than 150 basis points to popular four-year fixed rates. By contrast, average variable big four home loan rates have fallen by about 33 basis points to 2.24 per cent.

While more owner-occupiers and investors continue to lock in low fixed rates, rising bond yields and record residential property markets will lead to even tougher terms. Sharp rises in bond yields are increasing borrowing costs, which are getting passed on to borrowers. These rates reflect what is happening in the bond market.

An analysis done by RateCity shows an owner-occupier with a 25-year principal and interest loan could be nearly $7,000 worse off by breaking the term to start a new three-year fixed rate rather than moving to a variable rate at the end of the first three-year term. The analysis find that the owner-occupier would be better off waiting out the term of the first fixed-rate loan and then switching to a basic variable rate on offer from any of the big four banks.

“Fearful borrowers are being spooked by all the hype about rising rates into more expensive borrowing products without doing their research and making sure they will be better off” says Chris Foster-Ramsay, principal of mortgage broker Foster Ramsay Finance.

When borrowing money, these are some of the key issues needed to be considered: